Your Private Cloud with the On Premise Solution

For companies that do not want to go down the path of the “public cloud”, there is the option of setting up a “private cloud”. With the Wice CRM solution, this is also no problem. The On Demand and InHouse variants use the identical code base. Therefore, switching from one mode to the other is no problem. Therefore, switching from one operating mode to the other is no problem.For the user, it does not matter where the system is operated. All it needs is a web browser on an internet-enabled device. This can be a computer or notebook, but also a smartphone or tablet computer (iPad).

Storage of the data on the WICE server 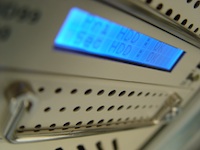 The data is stored in a MySQL installation. The MySQL installation is set up to operate Wice CRM in such a way that only local access is possible. This means that only local system users of the WICE server can access the database – usually these are the system administrator (root) and the user account “wice”. The web server (HTTPD service) is also started with this user account, which is set up in the system during the initial WICE installation. This encapsulation allows the Wice CRM software to run without root privileges and without shell privileges. The system user is assigned “/bin/false” as shell, i.e. it is also not possible for an attacker to gain access to the server’s shell via the “wice” user. Furthermore, this concept is compatible with SELinux (Security-Enhanced Linux), which can be used if required.

The passwords of the WICE user accounts are stored in the database exclusively with the UNIX password encryption and are not available in plain text. When a WICE user logs in, the password entered is encrypted and compared with the encrypted stored version in order to treat an authentication attempt positively or negatively.

Wice CRM offers extremely flexible rights management. Every user is a member of at least one user group. The user groups can each have different rights to add, edit/delete and read individual entries in different modules. This allows dedicated control of which users can access which functions (e.g. tasks, projects, appointments) and also which information (e.g. specific addresses or individual tasks).

To prevent security-critical user entries, the entries are checked for entered HTML code before they are saved in the database. If the user has not been granted the right to use HTML tags, the corresponding characters are converted to ASCII code representation so that the tags are no longer interpreted by the browser. This can be used to effectively prevent XSS attack attempts (cross-server scripting).

The data traffic between browser and server is encrypted by default via HTTPS (SSL). In the case of in-house installation, the customer can use his own certificate (self-signed) or optionally any other certificate signed by an official CA (Certificate Authority). We are happy to install an officially signed SSL certificate for the hostname or domain for our customers – incl. Creation, signing and installation on the Wice server.

All components of Wice CRM are based on open standards and are available to our in-house customers in source code. The CRM solution is installed on a Linux server or another Unix system such as Mac OS X. All other modules required for operation are open source and freely available, such as MySQL, Apache and have been among the leading applications for operating web applications for many years.

By handing over the source code, customers can make further adjustments. Thus, interfaces to existing systems can be created or own extensions can be programmed.

Get started now with the free starter license

It has never been so easy and hassle-free to get into customer management with CRM software. Free and completely risk-free with Wice Freemium. With Wice CRM, you can start acquiring, nurturing, and retaining profitable customers right away, with no initial investment.

To the free Wice CRM offer

Free and without risk

Step by step to the goal

Invitation to the Wice Demo Tou